I was sent a review copy of The Gilded King by the author in exchange for an honest review. 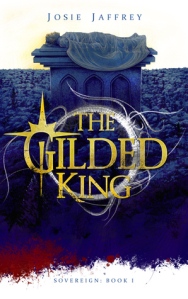 In the Blue, the world’s last city, all is not well.

Julia is stuck within its walls. She serves the nobility from a distance until she meets Lucas, a boy who believes in fairytales that Julia’s world can’t accommodate. The Blue is her prison, not her castle, and she’d escape into the trees if she didn’t know that contamination and death awaited humanity outside.

Beyond the city’s boundaries, in the wild forests of the Red, Cameron has precious little humanity left to lose. As he searches for a lost queen, he finds an enemy rising that he thought long dead. An enemy that the humans have forgotten how to fight.

One way or another, the walls of the Blue are coming down. The only question is what side you’ll be on when they do.

Silver and human live together in Blue, the last city on earth. Silver provide protection to the people in Blue. Human serve the Silver by working for them and provided blood for them. Julia was a kitchen server and she was fine with it. Unlike any other girls, she never wanted to be an attendant, but the noble need an attendant so she was assigned to the nobility named Lucas, a boy who’s like no noble she ever seen.

Outside the wall of the Blue, there’s a world called Red, where dangerous creatures hunt the remaining humans. Cameron is one of the Solis Invicti (an elite army of Blue), he’s been searching for a long lost Queen in Red for decades and never got a single clue, until he met a human named Felix. Together they venture through the dangerous world of Red to rescue their friends.

To be frank, I don’t really understand what was going on in this book but I’m really drawn to this lost Queen, I’m curious to find out her backstory and the history of the Silver. But the pace is dragging, it’s really painful for me to read it.

I was confuse as hell. I didn’t understand a single thing until I reached half of the book. The author explained the history and worldbuilding bit by bit, but even so there are still so many things left unexplained. I now it’s supposed to make me curious but instead it make me unmotivated to continue to read it.

The story is told from 2 PoVs, Julia in Blue and Cameron in Red. Julia’s chapter is easy to read, we get to understand the life as a human under the monarchy of the Silver, but it’s a little bit boring because there’s literally nothing happen except for the romance which I think a little bit rushed. Cameron’s chapter is full of action and thrilling adventure but also really confusing. I don’t really understand the importance of Julia’s character in this book because she contribute nothing to the story, but I still hope for the character development and I know there’s more to her than meets the eye.

I really can’t stand Julia, she’s the “I’m different from other girls” girl which make me rolled my eyes so hard they almost fell from their eye sockets. And she repeatedly remind herself that she’s different! I can’t say much about both Julia and Cameron because I didn’t feel connected at all to any of them and I couldn’t care less about them. I’m more interested in Lucas, that boy steal my heart! He’s polite and have a great self control, he’s not abusing his position even though he absolutely can. He’s so gentle and so lovable and I want to protect him.

I can’t say that I loved this book, but despite the confusing worldbuilding and forgettable characters, I’m still eager to find out about the lost Queen and the sleeping King. So overall it’s an okay read for me. Maybe if you love dystopian, vampire, and paranormal story you’d enjoy this book more than I did. 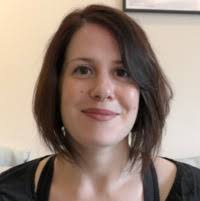 Josie lives in Oxford, England, with her husband and two cats. When she’s not writing, she works as a lawyer, specialising in intellectual property and commercial law. She also runs a video book review club, The Gin Book Club, through her website.

At the very furthest point of the temple, at the end of the double row of pillars that processed towards it, there was a pedestal mounted on a stepped dais. A figure was laid out on top of it. For a moment, Julia froze, thinking it was a real person lying there, slumbering in the temple, but something didn’t fit.

The figure wasn’t breathing. It wasn’t moving at all.

‘Come on,’ Lucas said, leading her down the aisle towards it.

As they walked, he snuffed out the lamps that lined the walls, until finally the only illumination came from the rounded alcove into which the dais rose. It was a bright island in the centre of the darkness, and in the middle of it the statue shone: a man, wearing fine clothing in an unfamiliar style, with a blanket of stone covering his body. His exposed skin was tinged with a sheen of gold that glowed like the walls of the temple.

‘He looks so real,’ she said, reaching out to touch the golden curls that crowned his head. They were slick under her fingers, so intricate they might have been moulded from a real person.

‘You mean this is his coffin?’ The pedestal certainly looked like a tomb. It was wide and deep enough to accommodate a body.

‘No,’ Lucas said, ‘I mean that this is him, that this statue was once alive.’

Julia’s hand had been tracing the lines of the face, but now she snatched it away. ‘You’re not serious.’

‘This is why you brought me here,’ she said.

‘Of course. You want to hear the fairytale, don’t you?’

13 thoughts on “The Gilded King by Josie Jaffrey” 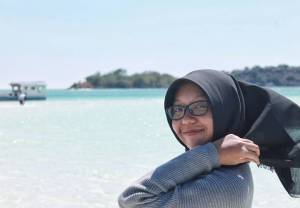